Its now been three months since the Opening Ceremony for the London 2012 Olympic Games. Thus, thought I’d share an extended version of article that appeared in the Bromley Times mid October. It’s my first person account of how I came to be involved with the greatest Olympic Games ever!

With each passing day, Britain’s golden summer becomes a distant memory to most but my treasure chest brimming with souvenirs from my time as a London 2012 Ceremonies Volunteer Performer will ensure that the memories stay fresh and last a lifetime. 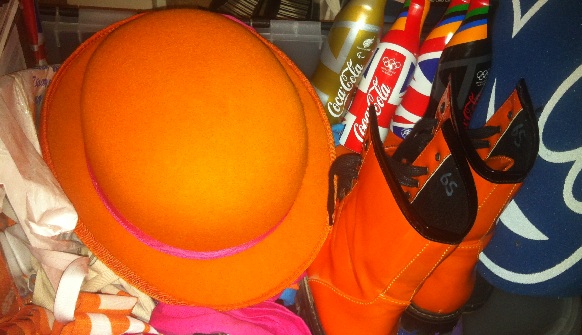 A recent addition to the chest is a surprising letter from Prime Minister David Cameron thanking me and the other Ceremonies Volunteer Performers for helping to make London 2012 “stand out as much more than a sporting event, showing the best of British talent and creativity to the world.”

I am beyond chuffed by the Prime Minister’s words of praise but truth be told, I didn’t set out to be a Ceremonies Volunteer Performer. The initial goal was to be a spectator at as many of the ceremonies and sporting events as possible. As having watched every summer Olympics going back to 1984 in Los Angeles, I knew this was a once in a lifetime opportunity. Not surprisingly many others felt the same way and so while I was successful in getting some tickets in the lottery, I didn’t get any for the Olympics Opening or Closing Ceremony.

So after hearing Mayor Boris Johnson indicate that there were volunteer opportunities available, I completed form (August 2011) expressing interest and was beyond thrilled when I received an invitation to audition. But before I could actually get to the audition, I had to fill out a very detailed form and then wait a bit before first audition on Saturday, 12 November at 3 Mills Studios.

At this first audition there were around 300 other hopeful applicants – many who were superb dancers and others like me who had rhythm but hadn’t taken any professional classes. It was all so nerve racking that thankful I only had to wait 24 hours before finding out if I’d be going through to the next stage. Luckily I got invited to a recall audition on Friday, 25th November. And so determined was I to take part, I actually had to cancel a trip to Germany to see one of my best friends from Michigan. I felt really bad as I had talked her into cooking a Thanksgiving feast and here I was changing plans. However, as this was a once in a lifetime opportunity, she gave her blessings.

Anyway, at this second audition, the routines were a bit more intense but we also spent a great deal of time playing a word association game that required you to really think quickly on your feet. I thought I’d done reasonable well so felt confident about getting an offer. But as the weeks and months went by without any communication, I got more anxious about getting a placement. And so was pleasantly surprised when on Friday, 2nd February I received email indicating that I was being offered the role of Mechanical in both the Olympic Opening & Closing Ceremonies. Based on a group of actor’s in William Shakespeare’s A midsummer Night’s Dream, this was an outgoing and extrovert role that would interact with the 80,000+ audience in the stadium.

So what did that mean exactly? Well the 300 of us Mechanicals dotted across the stadium were responsible for welcoming the audience in our sections and keeping them engaged with the ceremonies using various props. This meant cuing them to stand up, sit down, dance, sing, waive their hands in the air, put on 3D glasses, work the pixels in front of their seats or even do sign language for a song – basically whatever the Artistic Director wanted with a view to keeping the audience engaged and part of the action taking place on the Field of Play.

I totally relished the role particularly in Danny Boyle’s magnificent Isles of Wonder Olympics Opening Ceremony and so when the opportunity was presented to undertake a similar role now renamed Audience Leader during the Paralympics Opening & Closing Ceremonies I didn’t hesitate before saying YES! The whole experience from the auditions, countless evening and weekend rehearsals and then interaction with the audience was simply AMAZING and exceeded all expectations.

So mega thanks to the London 2012 Ceremonies Ltd team for selecting me. Also thanks to the other 10,000+ Ceremonies Volunteer Performers who all have helped to enrich the experience. Gratitude also goes out to the other volunteers including Games Makers, military, police, Lord Seth Coe and staff and of course the extraordinary athletes who have all helped to London 2012 Olympic and Paralympic Games such a huge success.

I should though say that beyond the mementos in my treasure chest, what will help to keep my memories of London 2012 alive are the new friendships formed during the whole experience. We communicate frequently on Facebook and reunions have already been held and more are planned. And so more than the costumes we got to keep, the certificates received, my name being in all four ceremonies programs or even praise from dignitaries like Prime Minister Cameron, I’m grateful for the new friendships. They’ve helped to make the experience beyond magical and I’m so proud that I had a small but important role in helping to make London 2012 happen. Plus our continued friendship will help ensure that the spirit of the games continues to shine brightly even though the actual flame has long been extinguished. 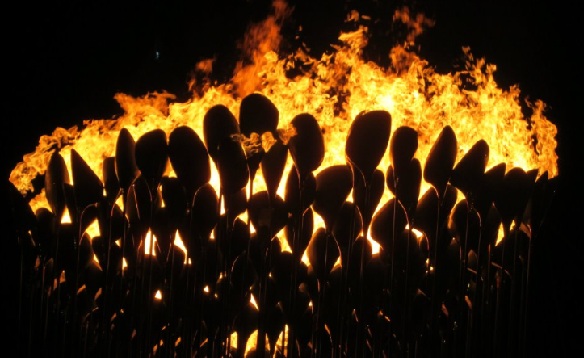