About a month ago via my Google+ account which I must admit I’m using less and less frequently (basically Facebook is winning the day!), I linked to a BBC article which indicated that Google is insisting that people use their real names while on Google+. More recently in a CNN article is was explained that Google+ was “built as an identity service, so fundamentally, it depends on people using their real names if they’re going to build future products that leverage that information.”

Now as someone who is pretty out there on the Internet, I fully embrace this decision. So when I linked to the BBC article, I wrote: “Yup, I think we should all use our real names while participating via social network.”

A few friends plus one my comment and others wrote:

FRIEND B – Fully agreed; why hide ourselves, unless for wrong reasons?

FRIEND C – Besides the reasons listed in the article that Ursula linked here, there are a lot of very valid concerns about security on social networking sites (yeah, even this one…). I have a lot of close friends who choose to use alternate names on other social networking sites because of the nature of their jobs and desire to not be searchable by anything connected to their work, like real names.

FRIEND D – That’s a bold statement considering that you yourself admitted doing searches on people’s real names on social networks as part of a professional background check. Why shouldn’t I use my real name? Because my personal life is not my professional life, and FB has proven many times that simply locking down one’s privacy settings is not reliable. If I could trust employers to think of my personal life as personal and to not let their own opinions and prejudices come into play, it’d be different. We don’t live in that world.

ME – There are systems out there to make the connection between your professional and personal self on the Internet. Using a pseudonym might make it a bit more of a challenge to connect the dots, but trust me; we always leave clues so the connection will be made. Thus if you don’t want an employer or anyone else for that matter to connect the dots, would suggest that things you wish to keep private and not known off the Internet. Harsh, but that is the reality. Writing under a pseudonym is no guarantee that it will stay private and not be connected to you in the long run. We leave fingerprints (words, pictures, etc.) all over and as much as it would be great if our professional and private self didn’t get merge, they have. So if an employer or anyone else digs hard enough, they will find it all!

FRIEND D – There’s a big difference between an employer going out of their way to learn your personal information and it being the first thing they see when they Google your name. In my opinion, employers should be barred from digging into your personal information on the internet. Consider that an employer (in the US) is not permitted to ask your political affiliation, religion or your medical history unless they can 100% prove it to be necessary for the job. However, they are permitted to search for your name, even though they initiate the search. If they learn those things, technically, they still can’t bias the hiring process based on it, but there’s no way to prove whether they have or not and thus it happens. And, even with aliases, that information will end up on the internet in a church roster somewhere or a donation tally, or even the results of a race that includes fundraising. (It’s not a huge leap that if you Google someone and see that they’re constantly doing walks or runs for breast cancer that perhaps it either runs in their family or they currently have it.)

The real solution is for employers to get their heads out of their asses, realize that everyone relaxes with friends, everyone has personal interests, and everyone has a skeleton in their closet…and that none of that influences a person’s ability to do a job well. Look at politics…that’s what happens when you treat people’s personal lives as public as part of a job evaluation. You end up with people who aren’t necessarily qualified so much as bland and generally vice-less. But, until that happens, if a social network wants to be successful, it needs to recognize the need for privacy and aliases.

Now I could have continued the dialogue with FRIEND D as I even agree with some of her points – but the reality is that in the fast changing world of social media, the Internet and electrical devices in general (that includes computers, cameras, phones, etc.), lots of information is being shared and the only way to achieve privacy is not to leave your house, communicate or interact with anyone via any means. Thinking that your privacy – more specifically your private life – is protected online because you use a pseudonym is a false economy.

The fact of the matter is that every day we give out information about ourselves to family, friends, colleagues, social clubs, charities, churches, businesses, political organisations, government agencies, etc. So even if you don’t put anything out there from your private life under your real name, someone else will.
Heck, if you Google my name among other things, you’ll find some pictures of me looking more rubenesque (some of these I actually posted) and results for varying 5K races I ran nearly 10 years ago (I didn’t post any of these). Now there is nothing salacious about my racing times other than the fact that they are rubbish, but if I was trying to remain invisible, I would have failed. 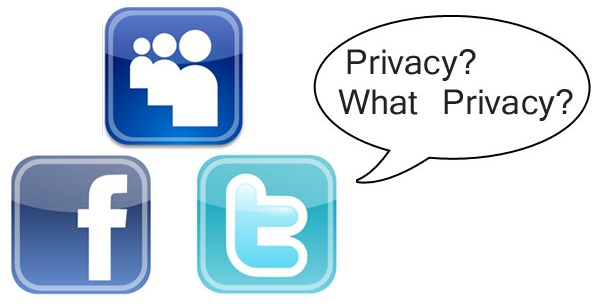 So my motto is to live life to the fullest while creating an online persona under your real name so even if a potential employer finds out information that you’d rather them not see; at least they have a more complete picture of you as a person because you’ve put stuff out there under your real name. Also recognise that if a company isn’t going to hire you because of something you may have done in your private life, then really, that company isn’t for you. Trust me; destiny will lead you to something much much better and greater!