Earlier this month, I made the following declaration on Twitter:

Despite the fact that I've yet to attend one of their games, after careful consideration, I do hereby pledge my allegiance the @chelseafc!

Why @chelseafc, well they are London based and owned by a billionaire. What's not to love? lol

With that, here's hoping that José Mourinho and the boys in blue don't break my heart too often.

Now the billionaire bit probably makes me seem a bit shallow and so I should say, that really was a non-factor in my decision. I was more heavily influenced by the fact that they are indeed based in London, and oh yeah, this radio personality who I’ve listened to since arriving in London nearly 10 years ago is also a Chelsea FC fan. And oh yeah, we’ve been playing and chatting via the popular game Words With Friends for nearly two years via phone app. Proper communication initially happened via Twitter (more on that another time). Anyway, there has been talk about meeting up for coffee but I’ve been rather shy. But just maybe, one day real soon I’ll be brave enough. In the meantime, here’s hoping that the boys in blue who are currently top of the English Premier League continue to do well. It’s great rooting for a team that’s on top! 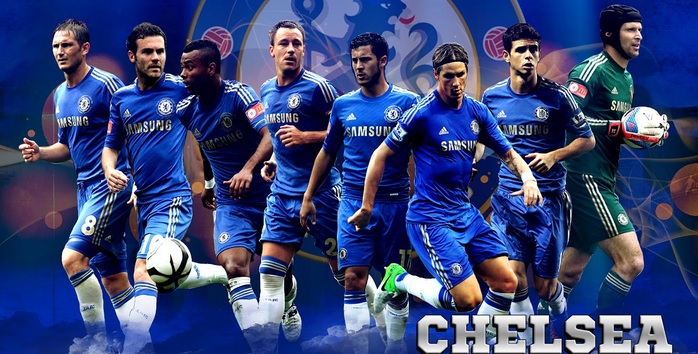 What a wonderful World Cup we've had. There were lots of twist and turns and…

Goodness! Where has the time gone? It’s been six months since I’ve updated this blog…

How exciting! I just got back from Wembley Stadium where I had the initial training…