I thought the Norwegian Nobel Committee was having a laugh when they announced that the Peace Prize would be given to the European Union this year. Then I reread Elie Wiesel’s autobiography Night which details his horrific experience of being in a Nazi death camp and warmed to the idea. Sure the European Union is currently in economic crisis but it has been relatively peaceful since World War II.

But really how could the Committee overlook the European Union’s inability to act more quickly during the 1990s Yugoslav Wars? Granted the death toll is not on the scale as what happened at the Nazi death camps, but it was all still horrific nonetheless. So shouldn’t that disqualify the European Union from getting an award of this kind? Apparently not!

Anyway, if you haven’t read Night, give it a read. Elie Wiesel won the Nobel Peace Prize for 1986 as his memoir and subsequent work to fight the forces of evil encourages “peace, atonement and humanity dignity” for all. 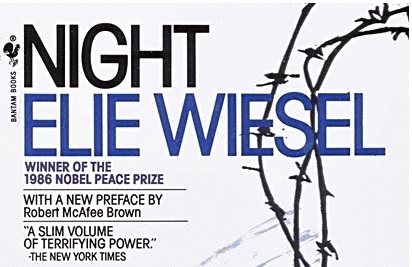 What a difference a week makes. Last week Vladimir Putin and the rest of Russia…

I watched most if not all of the coverage surrounding Madiba's death. I just felt…