As one of 300 Mechanicals during the London 2012 Opening Ceremony, I had one of the most amazing experiences of my life last Friday night. 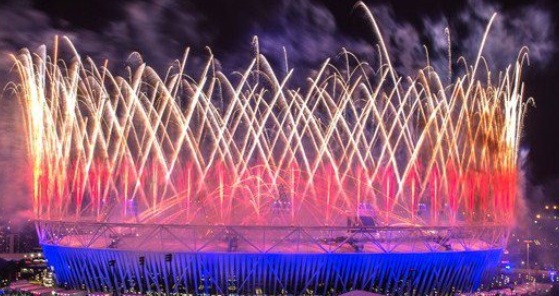 So what did it mean to be a Mechanical? Well, my job was to get the audience involved in the show. And dressed like a Super Mario Brother, I had a bag full of props and an earpiece to help prompt me at various points throughout the 3 1/2 hour show. It was a bit nerve racking with 80,000 people in the stadium never mind the billion+ television audience watching but oh so exciting. And definitely something I’ll be telling boasting about for the foreseeable future.

As unlike most of the other 7,500 volunteers in Danny Boyle’s amazing production who had to leave after their performance was over, my group got to stick around for the entire show. And based on where I was stationed in the stadium, I had an AMAZING view of the field. My view wouldn’t have been that good if I had been successful in my bid for tickets.

So I am grateful that I missed out on Opening Ceremony tickets when I put in my bid last year. And I am thankful to God for giving me the wisdom to try out. I initially wanted to be a dancer, but this role based upon William Shakespeare’s incompetent group of actors called the Mechanicals from A Midsummer Night’s Dream was even better.

Did I mention that I met a celebrity couple? Specifically: Imelda Staunton from Harry Potter and her husband Jim Carter from Downtown Abbey fame. They were both so lovely. So was the rest of section 237 for that matter. 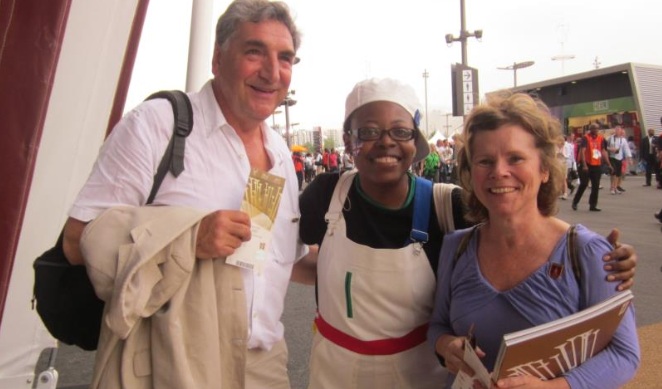 So as much as I want to enjoy the rest of the Olympics (I’ve got tickets to Beach Volleyball, Diving, BMX & Football), I can’t wait for the Closing Ceremony. As I’ll be back in my Mechanical role. Oh yeah! I feel so blessed.

Note: For more pictures taken throughout the ceremony, you can view my Facebook album titled: London 2012 Olympics Opening Ceremony. Enjoy!