Last year I applied for London 2012 Olympic tickets. I figured I’d never again live in a city with the Olympics and so wanted to attend a few of the events. And as it would be a once in a lifetime opportunity, I was particularly keen to attend the opening or closing ceremony. Unfortunately, my bid was not successful with either event. Not surprising really as millions applied. Thus, after reading a news article which indicated that the organisers were looking for volunteer performers, I decided to apply. And luck would be on my side as not only was my application successful, but after two rounds of auditions, I was offered the position of volunteer performer at both opening and closing ceremonies. I have no idea what I’ll be doing (and even if I knew couldn’t share) but over the moon with excitement that I’ll be in the stadium in the middle of the action for both events. 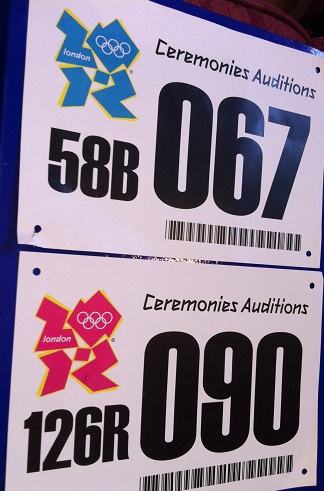