It looks like the end is near for another Middle Eastern dictator. Specifically, rebel forces opposed to Libya’s leader Col Muammar Gaddafi have swept into Tripoli after a six-month insurgency and will most likely take control of the capital sometime in the next few days! 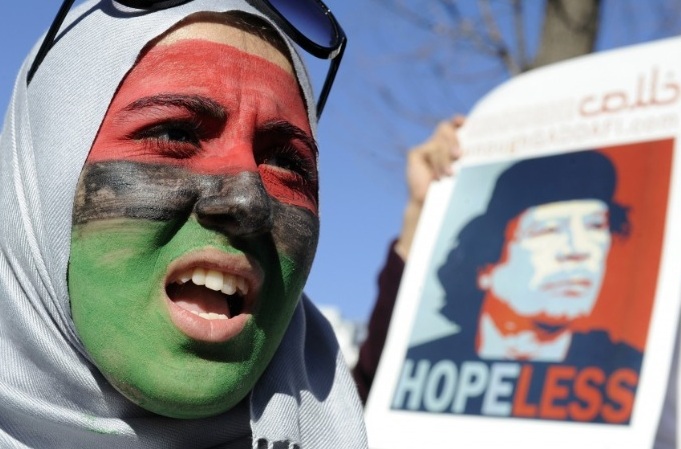 This is a good thing considering that Gaddafi has ruled Libya with an iron fist since he seized power some fourty two years ago. He has routinely suppressed political descent. Heck, he banned political parties and routinely imprisoned, tortured or murdered his critics.

So change in this instant is good. In the year 2011, no one should have to live under such an oppressive brutal regime. Of course, the real question – what comes now? Hopefully a more Democratic society, but one can never tell these days.

Tribal, ethnic and religious rivalries that have been suppressed will need to be kept in check. Otherwise, we will have after Iraq on our hands. In that situation, coalition forces swept into Bagdad claiming victory in record speed but there was no plan to maintain control or rebuild the country. Thus, key government and public works systems fell apart, institutions were looted and 8 years on, the country is still a long way from recovering.

So hopefully NATO which has supporting the rebel forces will have a better plan for Libya. As the last thing we need is another unstable Middle Eastern country.

What a difference a week makes. Last week Vladimir Putin and the rest of Russia…

I watched most if not all of the coverage surrounding Madiba's death. I just felt…