The first Halloween I spent in London, I went all out. I purchased near £30 worth of candy and decorated the windows with lights and festive Halloween bunting. I did so as I lived in Wimbledon on a street with children and so anticipated I’d get quite a few visitors for trick-or-treat. Much to my surprise, no one came – absolutely NO ONE! Stuck with all that chocolate and candy, I gained quite a few pounds. So in subsequent years, I didn’t bother. The British weren’t yet ready to embrace yet another American tradition.

Now, nearly seven years on, more and more Brits have warmed to the festive nature of Halloween spurred on by high street retailers. Case in point, Fortnum and Mason is hosting a Halloween Pumpkin Carving Competition. How very American! Plus in general, there are more Halloween decorations, parties being advertised and I anticipate seeing more children out in their costumes trick-or-treating.

In hindsight, perhaps it was the lack of music to draw people in was my downfall. Either way, those now having a party should consider downloading via iTunes Halloween 2012 – 100 Classic Spooky Songs and Tunes put together by The Eighty Sixth Floor who create soundtracks for the fanatical. Most of the songs on this Halloween album are instrumental, but you’ll also find a few vocal tunes including: The Lost Boys Theme, True Blood Theme, Underworld Theme, Dusk ‘Till Dawn Theme and Devil in Disguise. 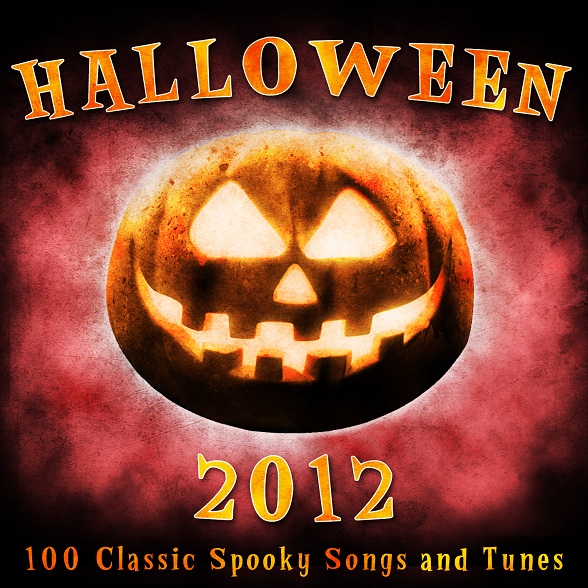 The first time I listened to the album, it proved a useful distraction from work. As it played in the background, I had great fun guessing the film or television show associated with each instrumental song. Some were very spooky but others more fun and brought back childhood memories. For example: ”there’s somethin’ strange in your neighbourhood, who ya gonna call…ghostbusters!” So yes, perfect background music for a children’s halloween party. Heck, adults could play a drinking game to guess the songs. Not that the British need encouragement to drink. Anyway, the beauty of this album is that most of the songs are popular/well known and so all rather enjoyable.

That said, if you are a resident of the United Kingdom and fancy winning a copy of the album, simply leave a comment below by midnight Sunday, 28th October. Compliments of The Eighty Sixth Floor, five winners will be randomly selected and notified by Monday, 29th October. If you live outside the United Kingdom or happen to read after the deadline, would definitely encourage checking out and purchasing the album via iTunes. At £7.99 for the 100 tracks, it is a real winner! There are songs from horror films like Halloween, A Nightmare in Elm Street, but also theme tunes from Rocky Horror Picture Show, Edward Scissorhands, Adams Family, Scooby Doo, Beetlejuice, Super Freak, Buffy The Vampire Slayer and oh yeah, even Michael Jackson’s Thriller.

I didn’t actually watch all of the Academy Awards as it started at 1:30am London…