BestGuyFriend and his lovely wife are on a world wind European tour and they stopped off in London for 36 hours. This provided an opportunity for us to catch up face to face for the first time in nearly five years. Way too long, but the reality is I’ve been off traveling elsewhere and haven’t been back to the States. He likewise, hadn’t ventured to these shores.

Anyway, we had a lovely time after first meeting up at the iconic London Eye. We walked from there over Westminister Bridge passing the House of Commons, Big Ben and then towards Trafalgar Square before heading into the National Gallery.

So when I walked through earlier today was pleasantly surprised and amazed by all the wonderful artefacts and now understand why some consider the place controversial. It is chocker full of first rate artefacts much of them pillaged during the heyday of British colonial rule. And as a result, items here are probably better than what you’d find at national museums in Egypt, Greece, Syria, etc. were much of the artefacts come from.
Thus, if you live in London or passing through, the British Museum should top or near top of list of places to visit. It’s amazing and it’s free except for special exhibits. That said, below is one of my favourite artefacts in the museum. It’s a vase that depicts the Greek sobriety test. 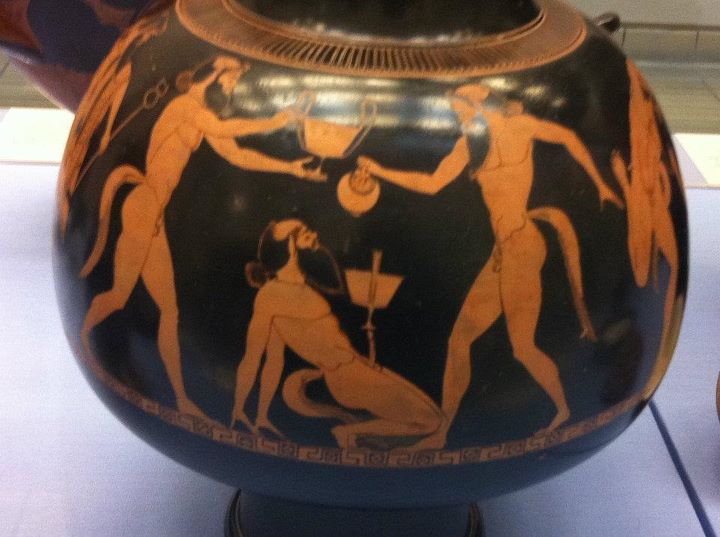 You can view more wonderful artefacts in my Facebook Around London: British Museum album.